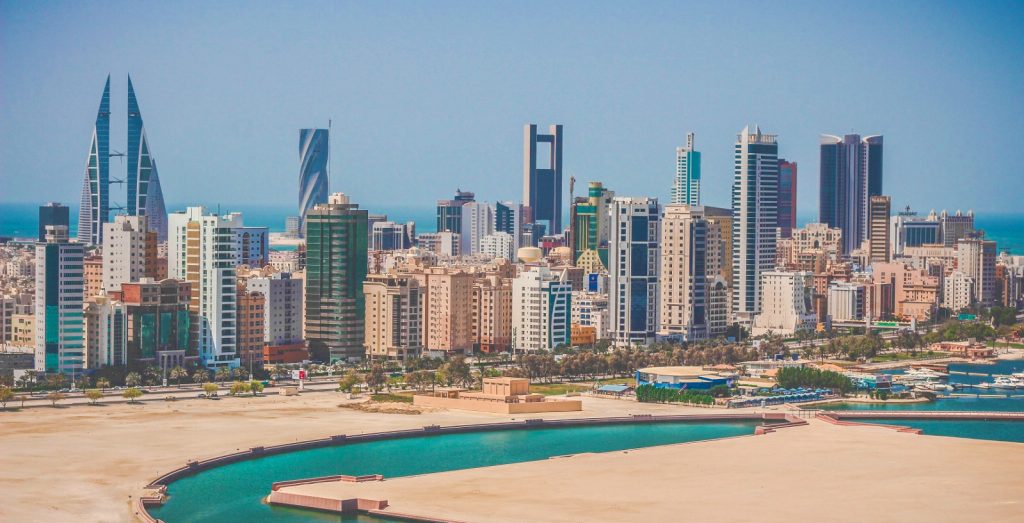 Located on an archipelago in the Arabian Gulf, between the Qatar peninsula and the north eastern coast of Saudi Arabia, the island Kingdom of Bahrain comprises 33 islands and a cosmopolitan capital city, Manama. With an attractive liberal lifestyle and a rich history and culture, it is a popular destination for businesses and tourists alike.

The name “Bahrain” means ‘two seas’ in Arabic, indicating how the country’s geographic position has been important throughout its long history as a trading centre, linking east and west. Its strategic location provides it with excellent access to the entire Gulf region, with numerous transport links by road, sea, and air, and a 25-kilometre causeway connecting it directly to Saudi Arabia, the largest market in the Gulf Cooperation Council (GCC).

With its geographic land-mass covering an area of 765 square kilometres, Bahrain is the third-smallest nation in Asia, after the Maldives and Singapore.

The estimated 2019 population of Bahrain is 1.64 million people, with 157,00 living in Manama, and 330,000 in the city’s metro area, which includes Muharraq, the country’s ancient capital. About half the population is non-Bahraini, with the largest expatriate community being Indian.

Arabic remains the predominant language in Bahrain, and Persian and Urdu are also spoken.

Bahrain is the site of the ancient Dilmun civilisation, an is known since antiquity for its pearl fisheries, which were considered the best in the world into the 19th century.

Bahrain was one of the earliest regions to convert to Islam, in 628 CE. Following a period of Arab rule, Bahrain was occupied by the Portuguese in 1521, who in turn were expelled in 1602 by Shah Abbas I of the Safavid dynasty under the Persian Empire. In 1783, the Bani Utbah clan captured Bahrain from Nasr Al-Madhkur and it has since been ruled by the Al Khalifa royal family.

In the late 1800s, following successive treaties with the British, Bahrain became a protectorate of the United Kingdom. In 1971, Bahrain declared independence.

Formerly an emirate, the Arab constitutional monarchy of Bahrain was declared a kingdom in 2002.

Bahrain is a member of the United Nations, the Non-Aligned Movement, the Arab League, the Organisation of Islamic Cooperation and the GCC. 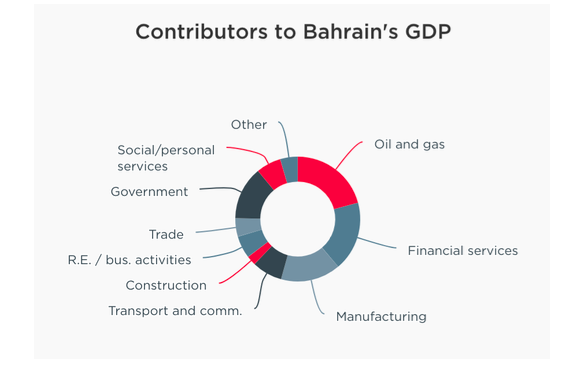 Bahrain is recognised by the World Bank as a high-income economy, and the local currency, the Bahraini dinar, is the second-highest-valued currency unit in the world.

Since the late 20th century, Bahrain has heavily invested in the banking and tourism sectors, in an effort to diversify its oil-dominated economy. Manama is today home to a large financial banking and financial services sector, and in particularly Islamic banking, which has have benefited from the regional boom driven by demand for oil

Petroleum production is Bahrain’s most exported product, accounting for about 60 percent of export receipts, 70 percent of government revenues, and 11 percent of GDP.

Aluminium production is the second most exported product, followed by finance and construction materials.

Bahrain has established itself as a regional pioneer through its long history of diversification and an attractive regulatory environment and forward-thinking government. Bahrain allows 100 percent foreign ownership in 98 percent of its business activities, offers an average of 30 percent lower operating costs compared to its neighbors, no corporate or income taxes, and is the only GCC state in which the entire country operates as a free zone.

More than 4,000 years of history as a commercial crossroads has created a legacy of diversity and openness. Bahrain ranked first globally as the top expat destination and according to the Commonwealth Global Youth Development Index (2017), and is ranked first in the region for youth development.

Historically every ancient author when describing the island of Bahrain mentions the fine pearls are found in its waters. Indeed, archaeological evidence suggests that pearling was taking place in the country as much as 4,000 years ago.

The oyster beds to the north of Bahrain formed the nucleus of a natural pearl fishery that dominated the Arabian Gulf from at least the 3rd century BC until the early 20th century. Exploding demand beginning in the 19th century produced the world’s first pearl-dominated economy, centred in the country’s then-capital, Muharraq.

Pearl exports contributed three quarters of Bahrain’s total exports in 1877, with most destined for Bombay, Persia and Turkey. By 1905 an estimated 97.3 per cent of the Gulf’s turnover in pearls was traded through Bahrain.

The value of Bahrain’s pearl exports increased six-fold between 1900 and 1912, when buyers from Paris, London and New York joined the Indian merchants were joined in Bahrain, vying to secure the finest products at source.

Indeed, pearls remained the Bahraini economy’s main contributor up until the discovery of the first crude oil well in 1931.

The legacy of pearling in Bahrain earned it an inscription on the UNESCO World Heritage List, and the city’s Pearl Trail, which winds through the old city of Muharraq, provides a glimpse at one of the world jewellery industry’s most enduring bastions. 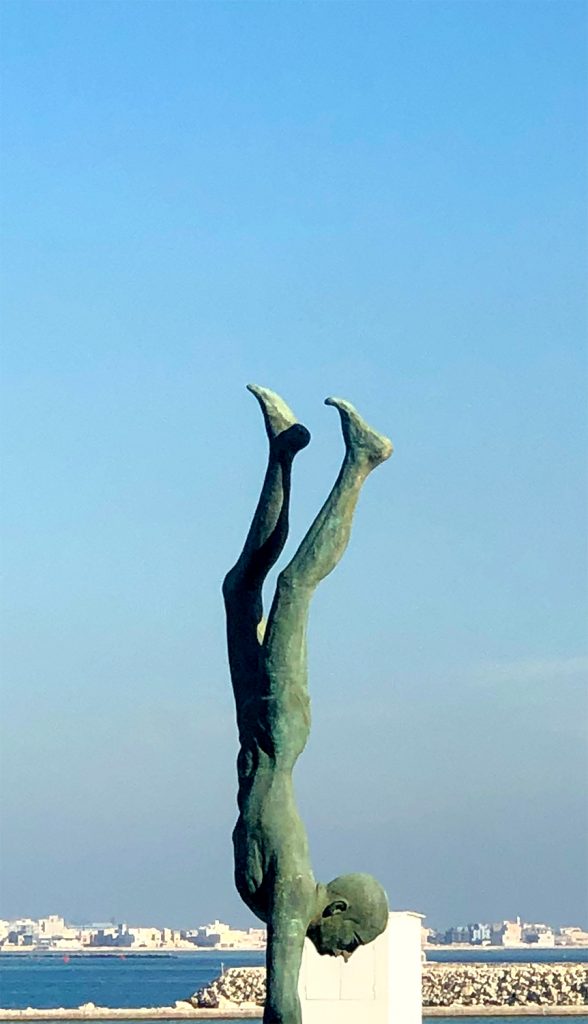 The pearl diver, and iconic image in the Kingdom of Bahrain, immortalised in a statue gracing a plaza at the country’s national museum in Manama.

Do NOT follow this link or you will be banned from the site!
We use cookies to ensure that we give you the best experience on our website. If you continue to use this site we will assume that you are happy with it.OkNoRead more
Revoke Cookies