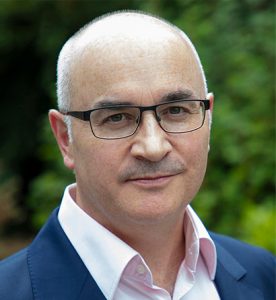 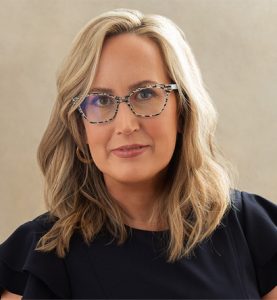 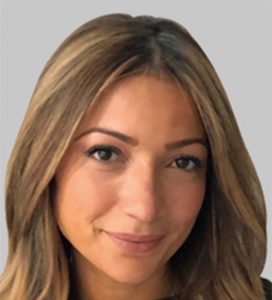 Moderated by the respective presidents, Jonathan Kendall and Tiffany Stevens, the commissions looked at the issue of sustainability in the jewellery and gem sectors, from the marketing, educational, ethical and legal perspectives, and more specifically focused on the language used in the industry in this respect. They were assisted by Edward Johnson, moderator of CIBJO’s Jewellery Industry Voices webinar series, and CIBJO President Gaetano Cavalieri also participated.

The work of a new CIBJO body, the Jewellery Industry Supply Chain Nomenclature Committee, was highlighted and presented by its Chair, Feriel Zerouki. She explained that it has been developing clear and distinct definitions for terms that are frequently used interchangeably in the industry, like “source,” “origin” and “provenance.” Ms. Zerouki is the Senior Vice President, Corporate Affairs, at the De Beers Group.

“We started noticing some years ago that the nomenclature was not right,” Ms. Zerouki said. “With the pandemic allowing us to attend many online conferences, it became clear that people in panels were talking about the same topics, but using different terminology in discussions on marketing, traceability and other industry subjects. We would like everyone in the industry to talk in the same way.”

She said that the issue of nomenclature had to apply to precious stones and metals because consumers buy finished jewellery products not the individual elements. “There is a clear lack of harmonization across the entire supply chain.”

She explained that the committee that she chairs includes all the heads of CIBJO’s commissions and has been meeting for more than a year. “It is difficult to get alignment, but we all understand the need. The focus is on consumer confidence, so we want to be aligned.”

Jared Holstein, Owner, D’Amadeo in San Francisco, spoke about a similar project with which he has been involved following the Jewellery Industry Summit of 2016 in the United States. “Education is a challenge if people are using different terms,” he said. “It leads to confusion among industry members and consumers.”

“We have a working group made up of a number of members of the jewellery trade,” he said. “In 2019 we published the first 10 definitions. We tried to be accurate, relevant, brief and understandable to lay people. It’s a continuous process because there is a growing list of terms which change over time.”

John Henn, owner of Henns Family Jewellers, a specialty retailer in England, spoke about a similar project in the United Kingdom run by the National Association of Jewellers. “There are many new people entering our industry all the time and many don’t know about our CIBJO discussions, and the names and terms allowed. The NAJ is next year due to publish a document to give all jewellers in the U.K. information, so that they follow the right protocols,” he said.

“People looking for taglines for laboratory-grown diamonds, for example, don’t research the subject enough and don’t know what the names should be, meaning that nomenclature that is not allowed is being used. I am not sure everyone is trying to do the right thing. Many people are bending the rules and pay only a very small penalty. People who are misleading the public should be punished much more,” he stated.

Speaking on the issue of how to prevent companies from making false claims, Mr Henn said: “I’d like to see industry organisations naming and shaming firms that are not toeing the line. Some firms are slipping though the net.”

Richard Hughes, owner of Lotus Gemology, who is based in Bangkok, commented on the issue from the grading labs point of view. “There are some labs that are in it only for the money. It’s difficult to police what all the labs are doing. Where there is a big business advantage, then unfortunately people will go down that route,” he said.

“There have been some industry groups that have tried to discuss nomenclature questions, but the results have been less than perfect. The issue of treatment disclosure, for example, has been discussed for more than the 40 years that I have been in the trade, and it is still going on. There is a lot of backsliding where labs use codes on their reports rather than full descriptions, which they only put in small print on the back of the reports. At Lotus Gemology, we have tried to find a way around this by colour coding our reports. But we fight an uphill battle because many labs in Bangkok continue to use codes rather than openly-stated comments,” he said.

Ms. Zerouki pointed out that said the meaning of the word “origin” has changed over the years. “Origin only gives location, but the important point is how it was sourced and whether it is in line with OECD responsible sourcing guidelines,” she stated.

She warned against generalizations based on geography. There are “bad actors” everywhere, she said. “It’s the actors themselves not the products. The situation in certain states is bad and we need to engage regarding these issues with the actors involved. You don’t just cut off a country.”

Mr. Holstein was asked if, due to online shopping, there is an even greater need for definitions. “I do believe that is the case because we saw a big rise in jewellery sales during the pandemic and that led to an explosion of advertising claims. Anything that causes consumer confusion is bad.”

“We all representatives of the industry in our group,” he said, referring to the initiative that he is part of, developing supply chain nomenclature in the United States. “We would be interested in getting input from upstream stakeholders to receive a full understanding of the thoughts of people up and down the supply chain,” he stated.

For her part, Ms. Zerouki urged that all efforts to develop harmonized nomenclature be coordinated, ideally under the umbrella of the effort currently underway in CIBJO. “We brought the project to CIBJO because of its global reach,” she said, saying that its ability to provide the perspective of all part of the jewellery industry was also vital.

“The consumer is not only concerned about the diamonds, the gold or the coloured stones,” she reiterated, “but rather the entire jewellery product.”

By Steven Benson|2021-11-22T09:52:59+01:00November 16th, 2021|NEWS|Comments Off on Harmonization of terminology for responsible supply chain management focus of Joint Session of Marketing & Education and Ethics Commissions
CIBJO Congress 2021
Go to Top