ABOVE: The Laboratory-Grown Diamond Committee in open session on November 4, 2021. To the right,  from above, are speakers: Session moderator Edward Johnson, Edahn Golan, Andrey Zharkov, Sara Yood and Wesley Hunt, the committee chair. 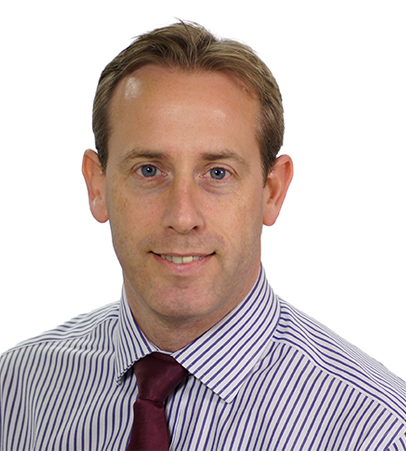 The second open session of the 2021 Virtual CIBJO Congress was a webinar featuring the CIBJO Laboratory-Grown Diamond Committee, which is chaired by Wesley Hunt. It took place on November 4, 2021.

To this end the Laboratory-Grown Diamond Committee created a guidance document, which was approved by the CIBJO Board of Directors in June 2021. The main elements of the document were presented by Mr. Hunt, after which followed a panel discussion moderated by Mr. Johnson. The guidance document can be downloaded by CLICKING HERE.

“The main lesson that I learned on the committee was we all had to try to put our commercial objectives aside and to empathise with people on the other side of the debate, and this is what allowed us to move ahead with developing the guidelines,” he said.

“Our primary goal was to protect consumer confidence and to ensure consumers have full information about the products they are being offered. We agreed that ‘Laboratory-Grown Diamond’ was the preferred term for the product as it will help create consistency across the globe and for consumers to have an understanding of it. The description and due diligence sections also state that firms which deal with both types of products should not, across the whole process, mix natural diamonds and both laboratory-grown diamonds and ensure they are separately processed throughout.”

Mr. Hunt said that in the field of branding, firms dealing with both types of stones should give them clearly different brand names to prevent consumer confusion. Similarly, in marketing, companies should not make environmental claims about their stones or their competitors, unless they can be credibly proved by an independent third party. “There have been so many unsubstantiated claims across the world that this was of particular importance,” he stated.

Mr. Zharkov, a member of the Laboratory-Grown Diamond Committee and its original working group, said that when his company started its operations in 2017 there was a relatively low level of awareness of laboratory-grown diamonds. “The market now is much bigger and more developed, he said.

On the work of the committee, Mr. Zharkov commented that mutual consideration and compromises were very important. “We didn’t blame each other and attack the products, but rather worked to retain confidence in all types of diamonds.”

Mr. Zharkov commented that the laboratory-grown diamond market is under-regulated at present. “Currently there is not much transparency because the market is not mature enough. Environmental and sustainability issues are also cloudy with unsubstantiated claims. I expect many more regulations in the coming five years. If you do not comply with sustainability issues you will not be able to sell in most of the key consumer markets. Diamond companies in general are not mentioning their carbon footprint, but in the future consumers are going to require even more accountability,” he stated.

Ms. Yood told the webinar that, in the United States, jewellery advertising is regulated by Federal Trade Commission (FTC) guidelines. “The word ‘diamond,’ alone, implies a natural diamond. For laboratory-grown diamonds, there are three ways to describe them: laboratory-grown/created-diamond /manufacturers name-created diamond. The word cultured alone cannot be used but it can be used in conjunction with one of the three other allowed terms.”

Edahn Golan, of Edahn Golan Diamond Research & Data, said there is increasing interest in laboratory-grown diamonds and sales are rising in the United States. “The share of laboratory-grown diamond sales at specialty jewellers has grown from 2.5 percent to about 5 percent now, and that has been steady since January. We found that one of the main issues was how jewelers handled the conversation with consumers about natural diamond s or laboratory-grown diamonds. Consumers really expect retailers to be up front about the options. Being honest and open is critical. For the most part this is a product sold in America, and is not seen so much in other consumer markets.”

CIBJO President Gaetano Cavalieri said that the establishment of the Laboratory-Grown Diamond Committee was important to him in light of changes in the market, and had been welcomed by the CIBJO board. The committee had produced a “living document,” which can be adjusted and updated as technology changes and as consumer confidence requires.

View the video recording of the open session of the CIBJO Laboratory-Grown Diamond Committee on November 4, 2021.